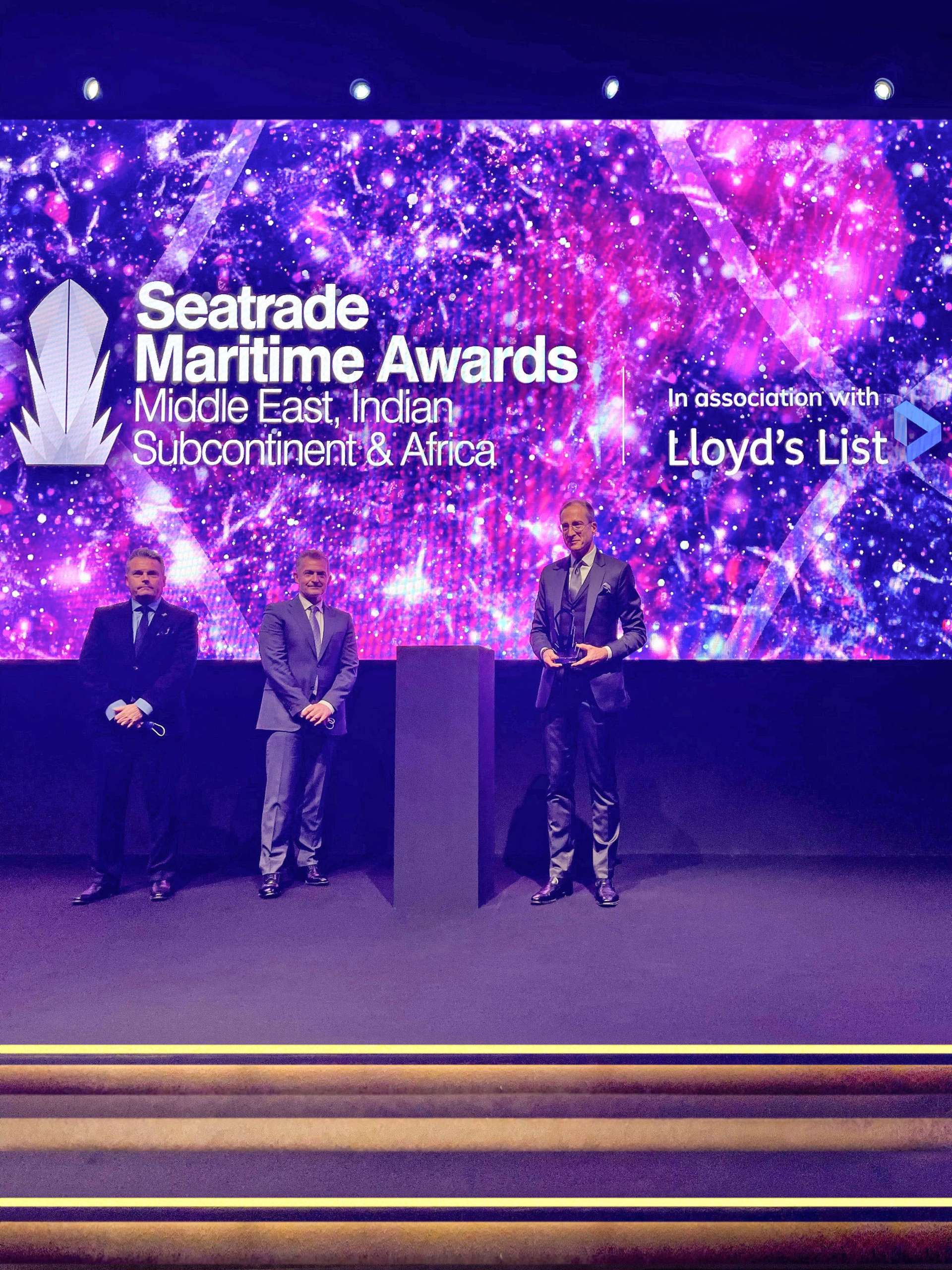 King Abdullah Economic City, 14 December 2021: Strengthening its position as one of the fastest-growing ports worldwide, King Abdullah Port was honoured with the ‘Outstanding Achievement Award 2021’ at the 18th edition of the Seatrade Maritime Awards Middle East, Indian Subcontinent, and Africa. The award was received by Jay New, the CEO of King Abdullah Port, at a ceremony held on 13 December as part of Seatrade Maritime Middle East, the largest in-person maritime exhibition and conference held at the Dubai Exhibition Centre- Expo 2020 during the UAE Maritime Week.

King Abdullah Port won the award in recognition of its stellar achievements and performance amid uncertain market conditions worldwide. The port not only achieved outstanding efficiency during the pandemic period, but it also demonstrated remarkable resilience and crisis-responsiveness and achieved high levels of customer satisfaction besides realizing its short and long-term objectives.

Commenting on the achievement, Jay New said: “We are honoured to win this prestigious award in recognition of King Abdullah Port’s success in achieving the highest levels of efficiency as well as our growing reputation as an internationally renowned port with state-of-the-art infrastructure. Recognitions such as these strengthen our commitment to transform the Kingdom into a top global hub connecting Asia, Europe, and Africa and support the diversification of the national economy as envisioned by Vision 2030.”

King Abdullah Port’s consistently high performance has improved its ranking in several prestigious global lists and indices published recently, including the Lloyd’s List One Hundred Ports and the Alphaliner’s global list of the 100 largest container ports. It was also ranked the second most efficient container port in the world according to the Container Port Performance Index (CPPI) published by The World Bank and IHS Markit, becoming the only port in the MENA region to make it to the top list. These accomplishments also highlight the effectiveness of the measures taken by the Ports Development Company, the owner and developer of King Abdullah Port, to transform the port into the largest in the Middle East region with the capacity to handle 25 million TEU annually.

The first port in the Middle East region to be owned, developed, and operated by the private sector, King Abdullah Port has always ranked among the world’s leading ports since its inception. It became one of the top 100 ports in the world within four years of the inauguration, the port leverages its strategic location in King Abdullah Economic City – a modern city with a pro-business ecosystem and infrastructure – to actively contribute to the growth of Saudi Arabia’s maritime, logistics, and industrial capabilities.

As a tangible manifestation of integration between the public and private sectors, King Abdullah Port advances its objectives by leveraging the effective support extended by many government agencies, including Saudi Customs, Saudi Food and Drug Authority, the Border Guards, and other entities operating under the legislative umbrella of the Special Cities and Economic Zones Authority.

Held under the patronage of the UAE Ministry of Energy and Infrastructure, Seatrade Maritime Middle East (SMME) is the region’s leading maritime conference & exhibition attended by policymakers, business leaders, and top professionals in the industry. The three-day event showcases innovative marine solutions besides organizing thought-provoking discussions led by an impressive line-up of speakers. King Abdullah Port has been supporting the event as a Gold Sponsor for three consecutive years now, in line with its commitment to playing a pivotal role in the growth and development of the region’s maritime sector.

About King Abdullah Port
Strategically located on the Red Sea coast in King Abdullah Economic City, King Abdullah Port, ranked by The World Bank as the world’s second most efficient port in 2020, is the Middle East’s first privately owned, developed, and operated port. Occupying an area of 17.4 km2 and enjoying close proximity to the key Saudi cities of Jeddah, Holy Makkah, Al Madinah, and Yanbu, as well as its direct access to extensive transportation networks that facilitate cargo transport through the Kingdom and the rest of the region, the port is making an increasingly important contribution to the Kingdom’s global role in maritime trade and logistics. Once fully completed, King Abdullah Port will be capable of handling 25 million TEU, 1.5 million CEU, and 25 million tons of clean bulk cargo annually. 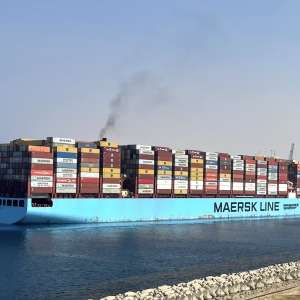 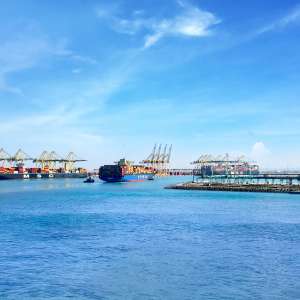