For the first time in Saudi Arabia’s history and with a length of 399 meters, the largest cargo ship docks in the berth of Saudi Arabia

For the first time in Saudi Arabia’s history and with a length of 399 meters, the largest cargo ship docks in the berth of Saudi Arabia 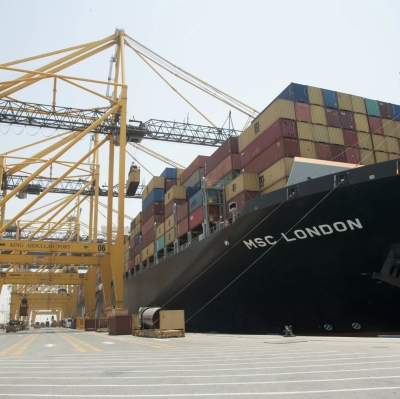 King Abdullah Port received the largest cargo ship mooring Saudi Arabia’s docks coming from Greece, the giant MSC London ship, which has a length of 399 meters and width of 54 meters, a depth of 16 meters in the water, and capability of carrying more than 16,500 TEU, weighting a total of 189,000 tons, making it one of the largest container ships in the world.

Mr. Abdullah Hameedaddin, Managing Director of Ports Development Company, said in a statement on this occasion that, “It gives us immense pleasure for everyone stationed at the port to witness the arrival of the largest cargo ship docked on the Kingdom’s sidewalks, which is considered a significant step and a major leap in the work of shipping, handling and logistical operations at the port, stressing on the fact that King Abdullah Port holds one of the most high technical specifications and tremendous potential, thus, making it one of the most important ports able to gain the confidence of global sea lines and attract giant ships, considering the mooring of MSC London giant ship a huge contribution to enhance the handling operations, and increase the volume of goods coming into the port to support business and to boost the national economy in order to recapture the Kingdom’s share of the ongoing business operations in the region.”

Hameedaddin, added that “Ports Development Company seeks continuously to make King Abdullah Port a unique model of world-class privileged to support the march of development and renaissance comprehensive development witnessed currently in the Kingdom, as well as their concern for effective communication and integration with the Saudi Ports system, working side by side to meet the growing demand of import and export, and to provide the core requirements for the construction projects in Saudi Arabia.

King Abdullah Port, owned and operated by Ports Development Company at King Abdullah Economic City, is the first port being developed and managed by the private sector. The port is characterized by its strategic geographical location, with an integrated services through the practice of the most advanced technologies and the use of local and international experts to provide the best services. The port has been included among the largest global shipping lines, through setting a well established business plan to develop the port at a steady pace and a clear vision to become one of the leading major ports in the world. 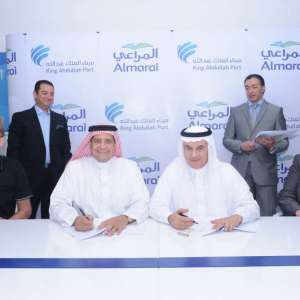 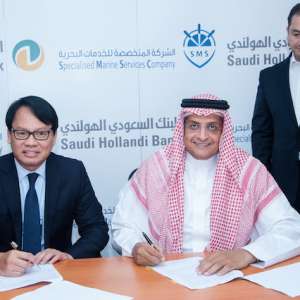