The port handled 600,000 tons of breakbulk cargo, in continuation of the remarkable year-on-year growth in volumes since its inception

The port handled 600,000 tons of breakbulk cargo, in continuation of the remarkable year-on-year growth in volumes since its inception 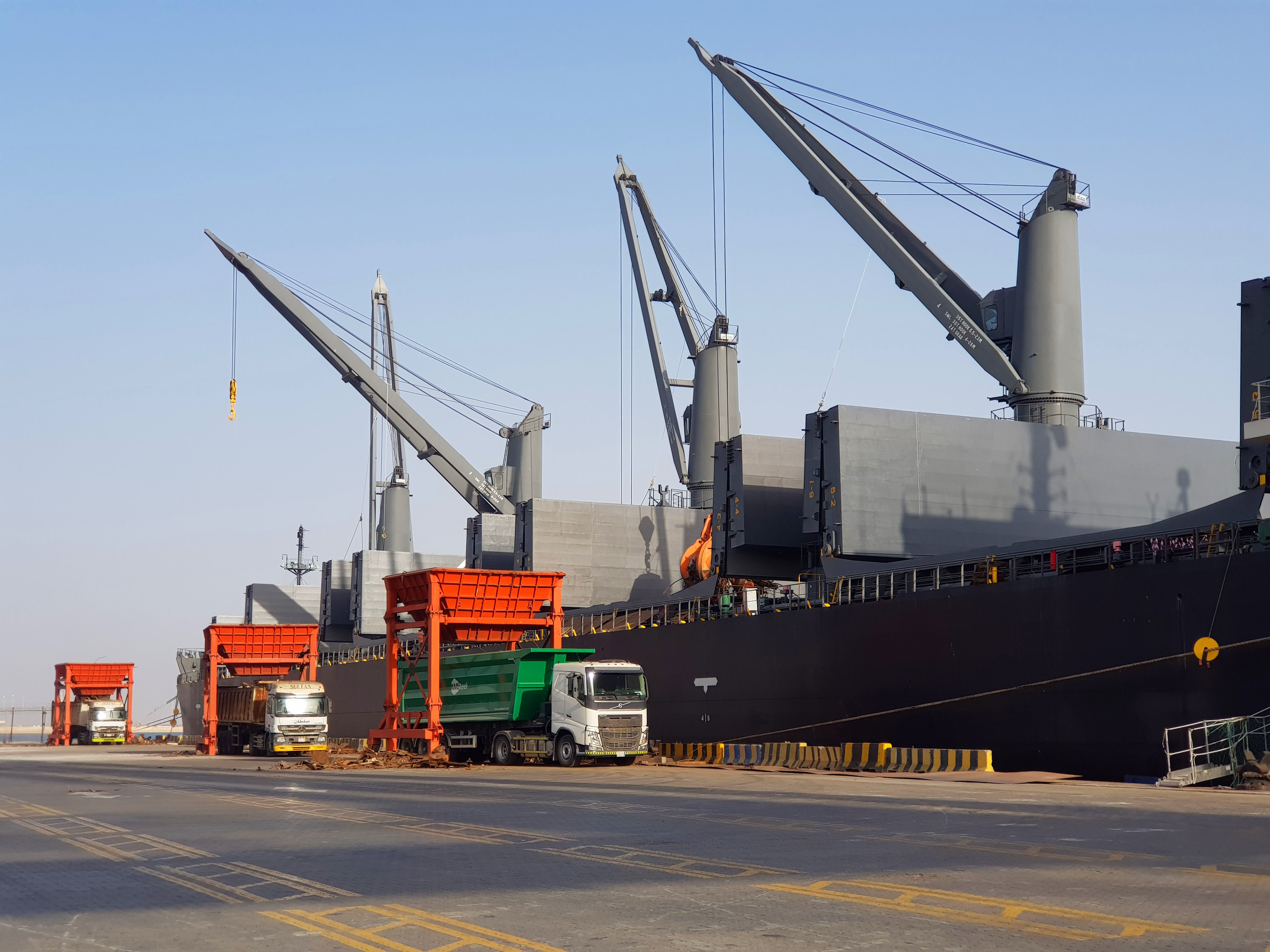 King Abdullah Economic City, May 2021: King Abdullah Port achieved a new record for the monthly volume of breakbulk cargo, by handling over 600,000 tons. The accomplishment demonstrates the port’s outstanding capacity and efficiency in cargo handling as well as the role it plays in facilitating the smooth flow of trade in the Kingdom and the region, besides its contributions to the growth of the logistics sector.
Commenting on the increase in breakbulk cargo handling, Mr. Jay New, the CEO of King Abdullah Port, said: “King Abdullah Port’s new record demonstrates its growing significance as a major hub for global trade through the advanced infrastructure and efficient operations. This accomplishment is the result of the team’s efforts to continuously raise the efficiency of our operations and the capabilities of the Kingdom’s logistics sector, by expanding port services in support of Vision 2030 objectives which aim to increase the global competitiveness of the Kingdom’s logistics sector while increasing the percentage of non-oil exports to support the diversification of the national economy.”
The new feat that consists of cement-related, agricultural and steel materials follows King Abdullah Port’s strong performance of 2020 despite the challenges of the global pandemic, when it recorded a 12.4% growth of the bulk and general cargo segment. The port also played a key role in facilitating the flow of various goods to the Kingdom’s vital economic sectors during the pandemic period, thanks to its enhanced operational efficiency, innovative digital initiatives, realigned working practices, and proactive health and safety protocols.
Owned by the Ports Development Company, King Abdullah Port is the region’s first port to be owned, developed, and operated by the private sector. Ranked as the world’s second most efficient port by The World Bank in 2020, the port emerged as one of the world’s top 100 ports within four years of operation. With its strategic location in King Abdullah Economic City – a modern city with a pro-business ecosystem and infrastructure – King Abdullah Port leverages the city’s advanced facilities and services, particularly the Industrial Valley, which has attracted many logistics projects as well as light and medium industries.
####
About King Abdullah Port
Strategically located on the Red Sea coast in King Abdullah Economic City, King Abdullah Port, ranked by The World Bank as the world’s second most efficient port in 2020, is the Middle East’s first privately owned, developed and operated port. Occupying an area of 17.4 km2, and enjoying close proximity to the key Saudi cities of Jeddah, Holy Makkah, Al Madinah and Yanbu, as well as its direct access to extensive transportation networks that facilitates the cargo transport through the kingdom and the rest of the region, the port is making an increasingly important contribution to the Kingdom’s global role in maritime trade and logistics. Once fully completed, King Abdullah Port will be capable of handling 25 million TEU, 1.5 million CEU and 25 million tons of clean bulk cargo annually.
With state-of-the-art infrastructure and processing facilities, the world’s deepest 18-m berths, multi-level expanding operations, in addition to a fully-integrated Port Community System, the Smart Gate system and multipurpose bonded and re-export zones, King Abdullah Port reflects the important role of the private sector in realizing Vision 2030. 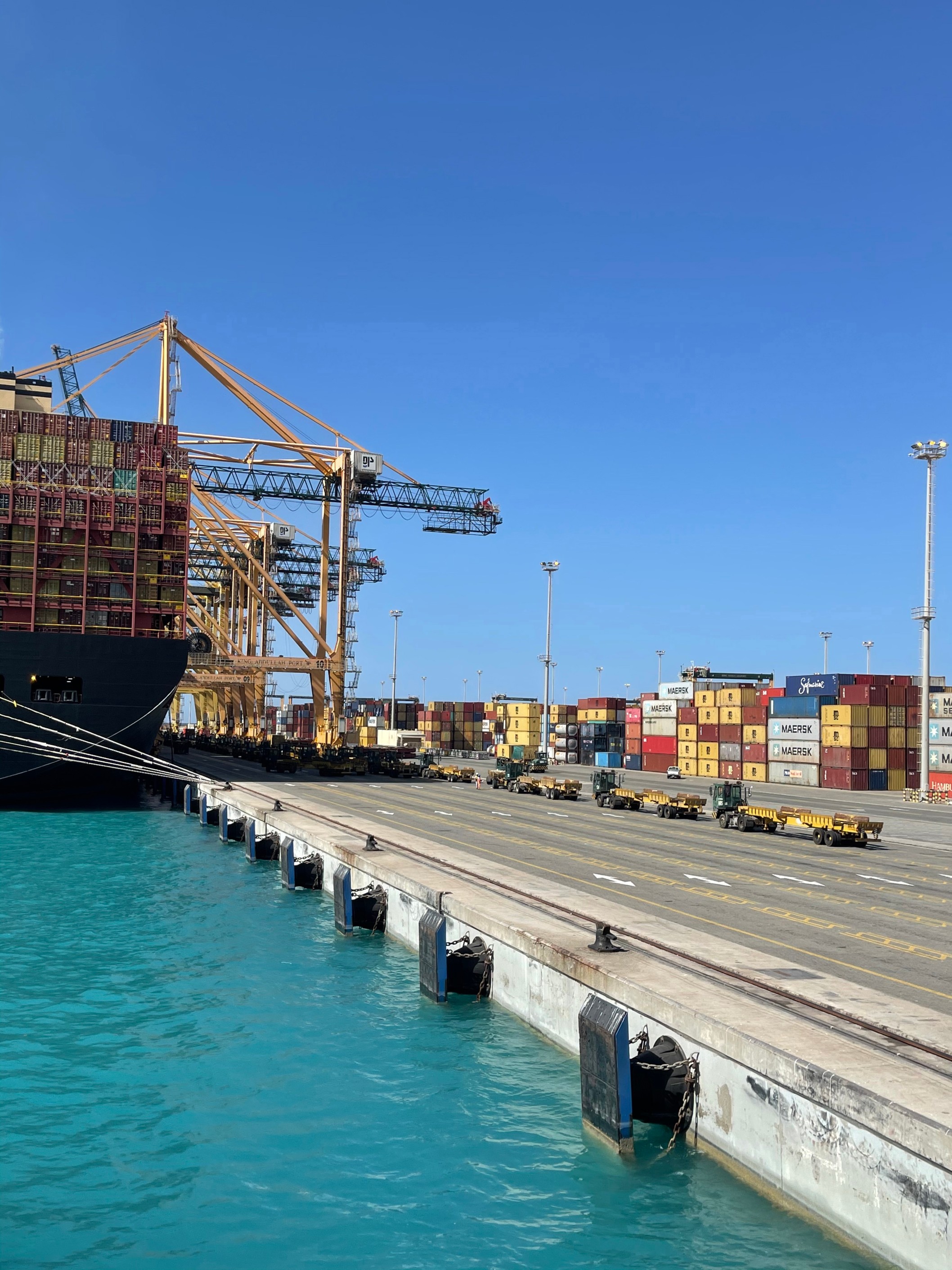 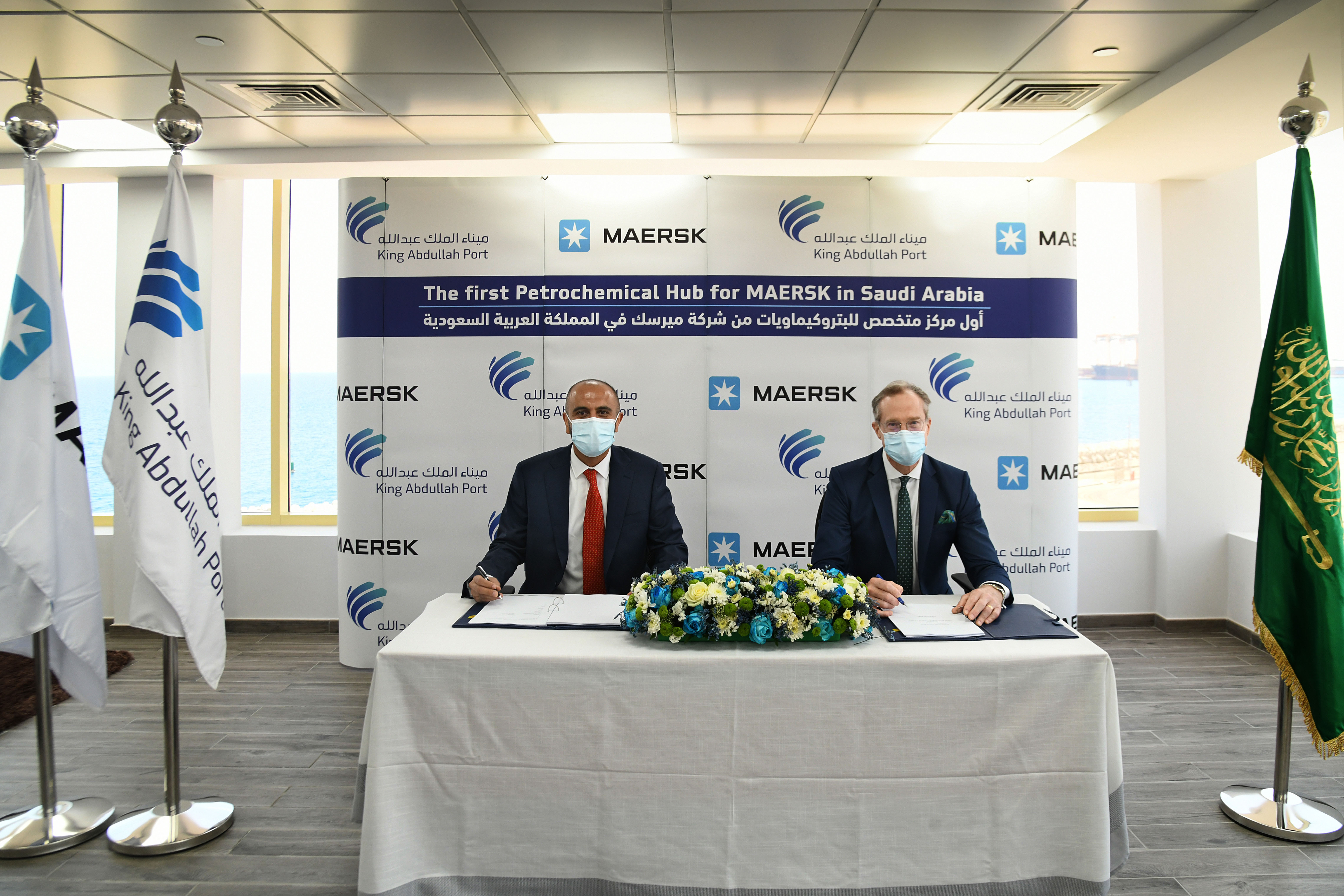