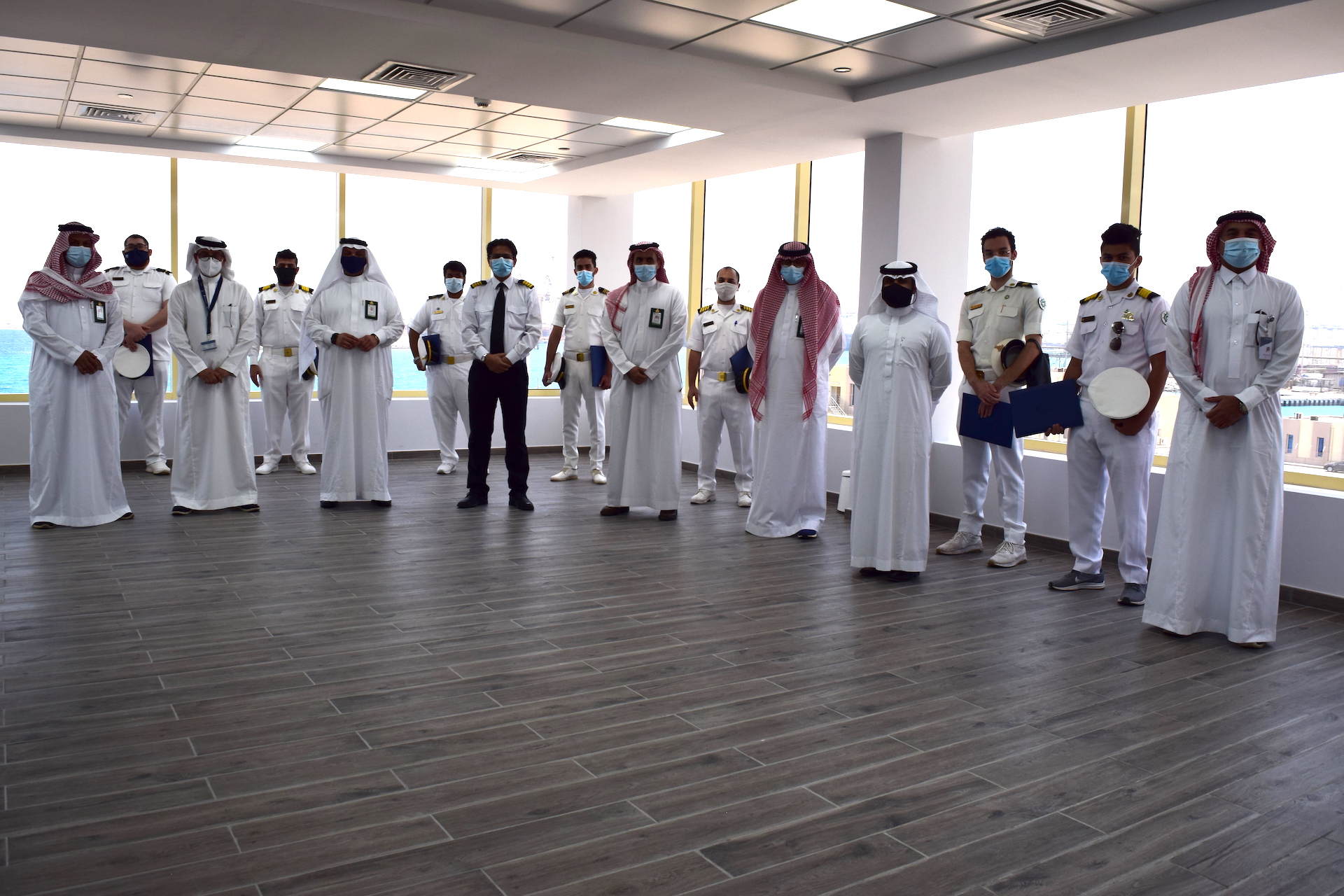 King Abdullah Economic City, July 2020: King Abdullah Port recently organized a ceremony for the students of the Faculty of Maritime Studies at King Abdulaziz University who graduated from the Miras training program conducted by the port. The ceremony was held at the premises of the Ports Development Company, the owner and developer of King Abdullah Port. The students had enrolled in Miras in the last quarter of 2019, and the program included five main pillars including ports’ commercial and business development, marine management, information technology in ports, operations, and facility management.

The ceremony was attended by the Dean of the Faculty of Maritime Studies Dr. Hattan A. Timraz, who was accompanied by several officials and members of the faculty’s administration. Representatives from the Economic Cities and Special Zones Authority and the Saudi Customs were also in attendance, in addition to officials from King Abdullah Port and the 14 graduating students.

Addressing the gathering, Harbor Master at King Abdullah Port Captain Assem Ashary said: “As part of our ongoing commitment to supporting the goals of Vision 2030 in building indigenous capabilities, we attach great importance to the creation of a high-quality national talent pool. Our strong desire to support Saudi youth in skill development is reflected in various initiatives that we have launched in cooperation with universities such as the Miras training program and the Sea Captain Day for The World Academy students. We also conduct local, regional, and global training programs for our employees in various areas such as information technology, engineering, and system development to prepare and empower national talents that contribute to the Kingdom’s advancement and enhance its competitiveness in the fields of maritime trade and logistics, which are at the heart of the objectives of Vision 2030.”

For his part, Dr. Timraz applauded the fruitful cooperation between the university and King Abdullah Port, praising the port’s meaningful initiatives and training programs targeting Saudi youth. “The comprehensive training program enriched the students’ skills in several maritime disciplines in accordance with the latest programs. It also helped the students to gain hands-on experience and a deep understanding of diverse port operations, thereby enhancing their knowledge in their specializations. Through this partnership, we will continue to work on utilizing the capabilities and programs of the port in support of the future of our students,” he said.

Dr. Ayman F. Alghanmi, the faculty’s Ports and Maritime Transport Department Supervisor, said: “The training program achieved the desired goals and benefited the students by providing them with the expertise, skills, and knowledge necessary in practical practices and future fields of work in various port sectors, as field training has an effective role in linking theoretical and practical side; this had a positive impact on the students’ scientific performance.”

Muhammad Ka’bi, one of the students participating in Miras, thanked the faculty’s administration and King Abdullah Port for the fruitful collaboration that “allowed students to undergo the professional experience and practice and apply what they studied in real life. This helped us to get closely acquainted with our future careers in ports and maritime trade, a field more relevant now than ever before due to Vision 2030, which we seek to exemplify with the ambitious generation that contributes to achieving its individual and collective goals.”

At the end of the ceremony, the 14 students received certificates and took photos with the participating guests.

Run by the Ports Development Company, King Abdullah Port is the first port in the region to be fully owned, developed and operated by the private sector. It has been listed as one of the world’s fastest-growing container ports and one of the 100 largest ports globally within the first four years of operation. Further, 10 of the largest shipping lines work at the Port to offer integrated services to importers and exporters. King Abdullah Port’s development plan is progressing at a steady pace and it is set to consolidate its place among the leading ports worldwide. Its advanced facilities and proximity to the upcoming bonded and re-export zone and a logistics park provide world-class logistics support for clients and enable them to achieve their desired growth. 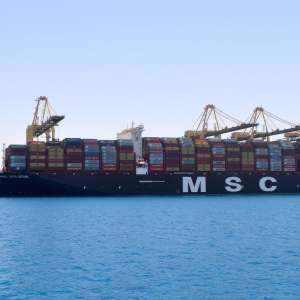 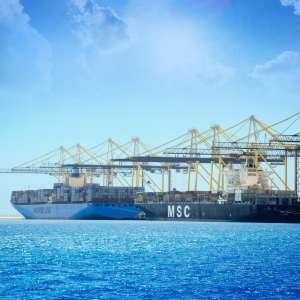