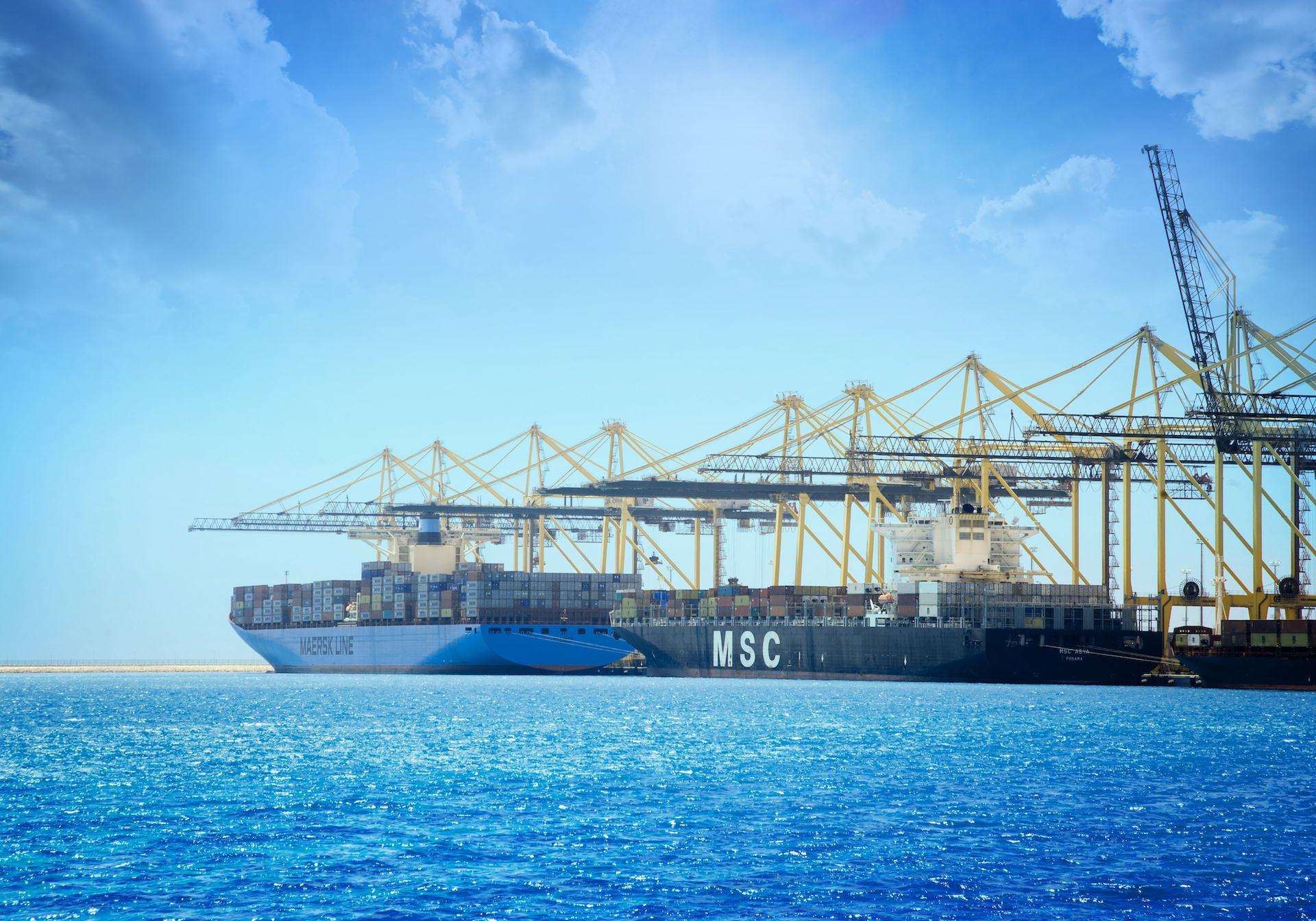 King Abdullah Economic City, August 2020: Leading international maritime shipping companies Maersk and MSC have chosen King Abdullah Port as a logistics station on the Red Sea for the two new shipping routes launched by both companies. The choice confirms the importance of the port’s location as a link between the East and the West and its potential to play a prominent role in supporting the international shipping industry and trade exchange between the world’s continents.

King Abdullah Port features an advanced infrastructure that places it among the world’s leading ports, in addition to its strategic location on one of the most important global maritime shipping routes, making it a link connecting Asia, Europe, and Africa to each other as well as to other continents. King Abdullah Port was built according to the latest specifications with state-of-the-art equipment, including the world’s deepest 18-m berths, which enable it to serve giant container ships.

In addition to its role in ensuring global shipping continuity due to its strategic location and access to a network of highways reaching main cities such as Jeddah, Yanbu, Holy Makkah, and Al Madinah, the port continues to operate at the local level. The readiness of operations and services in stations and terminals has been enhanced to receive different goods, particularly food, medication, and medical equipment, to ensure the availability of consumer needs in Saudi Arabia as Kingdom continues to take comprehensive preventative measures to protect its citizens and residents from COVID-19.

Run by the Ports Development Company, King Abdullah Port is the first port in the region to be fully owned, developed and operated by the private sector. It has been listed as the world’s fastest-growing container port and one of the 100 largest ports globally after less than four years of operation. Further, 10 of the largest shipping lines work at the Port to offer integrated services to importers and exporters. King Abdullah Port’s development plan is progressing at a steady pace and it is set to consolidate its place among the leading ports worldwide. Its advanced facilities and proximity to a bonded and re-export zone and logistics park provide world-class logistics support for clients and enable them to achieve their desired growth.

Strategically located on the Red Sea coast in King Abdullah Economic City, King Abdullah Port is the Middle East’s first privately owned, developed and operated port. Occupying an area of 17.4 km2, and enjoying close proximity to the key Saudi cities of Jeddah, Holy Makkah, Al Madinah and Yanbu, as well as its direct access to extensive transportation networks that facilitate the cargo transport through the Kingdom and the rest of the region, the port is making an increasingly important contribution to the Kingdom’s global role in maritime trade and logistics. Once fully completed, King Abdullah Port will be capable of handling 20 million TEU, 1.5 million CEU and 15 million tons of clean bulk cargo annually. 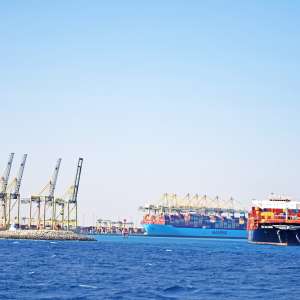