Dubai, UAE – February 2020: King Abdullah Port, the first privately owned, developed and operated port in the Middle East, is extending its support for the upcoming 2020 edition of Breakbulk Middle East (BBME) as platinum sponsor. This marks the third consecutive year in which King Abdullah Port will contribute to the success of the conference and exhibition.

Held under the patronage of H.E. Dr. Abdullah Belhaif AlNuaimi, the UAE Minister of Infrastructure Development and Chairman of the Federal Transport Authority – Land & Maritime, BBME will take place on February 25-26 at the Dubai World Trade Centre.

Officially inaugurated by HRH Prince Mohammad bin Salman, Crown Prince of Saudi Arabia, in February 2019, King Abdullah Port has established itself as a leading regional logistics hub. As one of the largest infrastructure megaprojects in the Middle East run fully by the private sector, the facility is set to play a key role in achieving the objectives of Vision 2030, the Kingdom’s ambitious roadmap for the future.

The port has gone through a phase of rapid expansion and was named second among the world’s fastest growing ports by Alphaliner in 2018. The same year, it moved up to 83rd place on the list of the world’s 100 biggest container ports.

Ranked as the second-largest in the Kingdom in terms of container handling, King Abdullah Port’s position, with the upcoming launch of a new Smart Gate System, is set to boost the efficiency of cargo flowing in and out, and volumes are poised to increase further in the year ahead.

Ben Blamire, Event Director of Breakbulk Middle East emphasized: “Having the full support of an esteemed industry name such as King Abdullah Port is highly beneficial for our event. Similarly, we are adamant on reciprocating this support by ensuring Breakbulk Middle East provides the utmost value, not only to our loyal and valued sponsors, but also to each and every exhibitor and visitor. Thus, we are extremely grateful to King Abdullah Port and we look forward to continuing our partnership in the many years ahead.”

With state-of-the-art processing facilities, the world’s deepest 18-m berths, multi-level expanding operations, and a fully-integrated Port Community System, King Abdullah Port reflects the important role of the private sector in realizing the Saudi Vision 2030 and is on course to take its place among the world’s top ports. 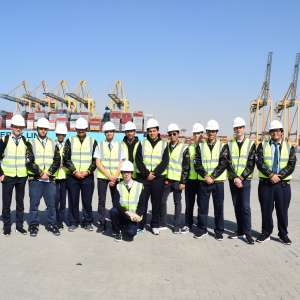 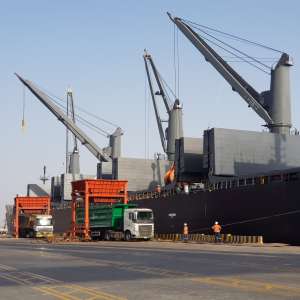