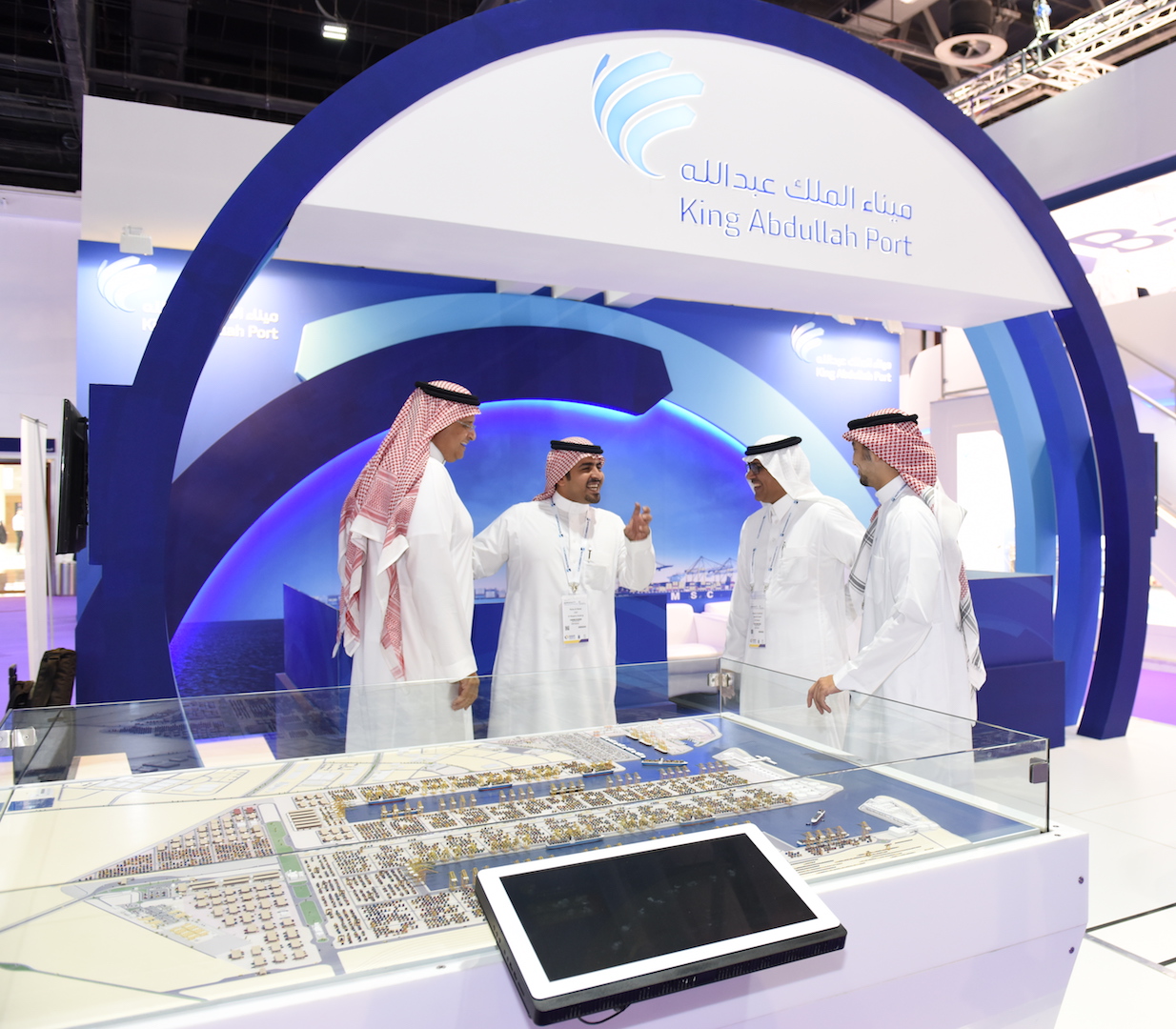 Dubai, November 2016
In his statement on the sidelines of King Abdullah Port’s sponsorship of the Seatrade Maritime Middle East Exhibition at the Dubai World Trade Center, Eng. Abdullah Hameedadin, Managing Director of the Ports Development Company, owner and developer of King Abdullah Port, stressed the importance of fostering integration between the public and private sectors in order to contribute to raising the Kingdom’s trade and economic status at regional and global levels.
Commenting further, Eng. Hameedadin said: “Our sponsorship and participation in Seatrade Maritime Middle East Exhibition comes as part of the efforts to strengthen the regional presence and activate the partnerships with entities operating in the maritime sector in the region, as well as showing King Abdullah Port’s important role on the local and regional maritime map. In addition, the exhibition is an ideal opportunity to connect with leading experts and decision-makers in the sector as well as ship owners, managers and suppliers, exchange expertise and get introduced to the latest market trends, innovative solutions and mechanisms.”
Eng. Hameedadin went on to say: “Saudi Arabia is witnessing an important stage in the economic development process, which includes the development of infrastructure and fostering integration between the public and private sectors, which support the Kingdom’s role on the international scene and enhance its competitiveness. As the first port in the Kingdom and the region fully owned and developed by the private sector, King Abdullah Port seeks to contribute to these efforts through a number of themes, including the activation of the maritime shipping industry and supporting the movement of trade between the Kingdom and the world, in addition to restoring the Kingdom’s fair share of maritime shipping to Saudi ports that will be commensurate with the size of the Kingdom’s economy, which is the largest in the region, and providing services while benefiting from the port’s strategic location on the Red Sea coast and its close proximity to several major cities – Jeddah, Holy Makkah and Al Madinah. There is no doubt that these features, in addition to the state-of-the-art technologies and the long and world’s deepest water berths will provide a convenient platform to boost trade operations and diversify the tributaries of the economy in line with the ambitious Vision 2030.”
Eng. Hameedadin noted that King Abdullah Port was able to significantly enhance its capabilities and is currently moving towards important achievements in terms of the project’s development in general and the operations taking place, referring to the increase of the annual throughput in King Abdullah Port, which reached 1.27 million TEU in 2015 and is expected to be surpassed by the end of this year despite the global trade slowdown.
King Abdullah Port’s management expects to finalize the first phase of bulk cargo terminals with a capacity of three million tons, in addition to the RORO (roll-on/roll-off) terminals with a capacity of 300,000 CEU by the beginning of 2017.
King Abdullah Port had a special booth at the Seatrade Maritime Middle East Exhibition, where visitors were introduced to the port’s latest achievements and the stages of development it has reached, as well as its various services offered and techniques used. The exhibition booth’s staff witnessed a remarkable interaction from visitors who showed great interest in the port’s innovative work system.
During the exhibition, Neville Bissett, General Manager at Ports Development Company, participated in a panel discussion within the 61st International Shipsuppliers & Services Association (ISSA) Convention titled ‘Partnerships – the way ahead’ which addressed the latest innovative solutions through typical model partnerships that benefit all parties concerned.
Run by the Ports Development Company, King Abdullah Port is the first port in the region to be fully owned, developed and operated by the private sector. With its strategic geographical location and integrated services using state-of-the-art technologies, all managed by national and global experts, King Abdullah Port has earned its place at the heart of the world’s major shipping lines, all within a solid plan that will bring to reality its vision of becoming one of the largest ports in the world. 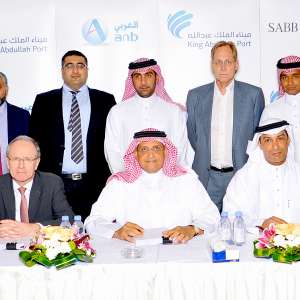 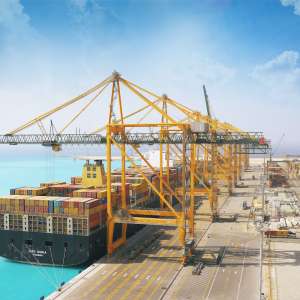