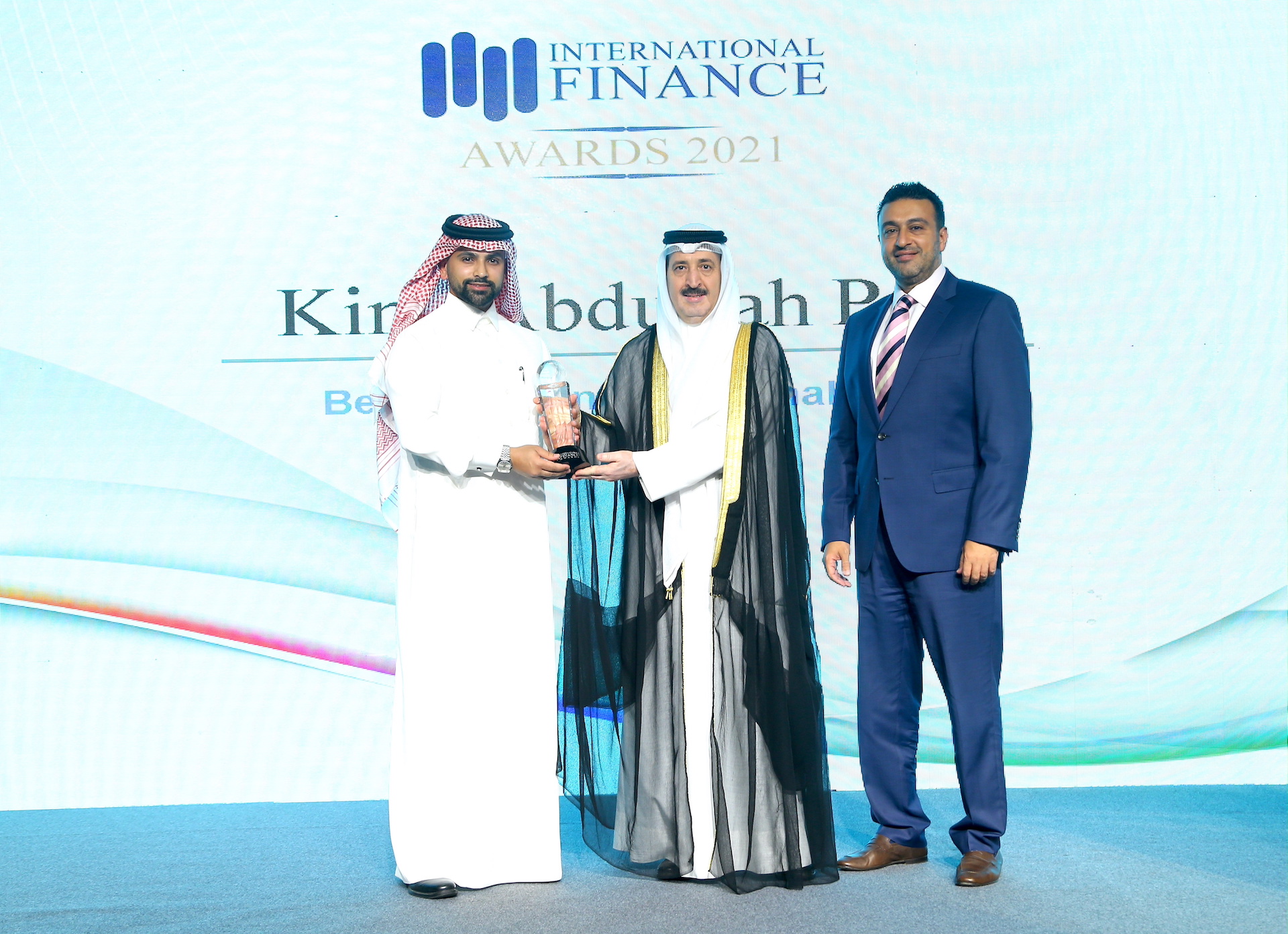 Dubai, UAE – March 2022: King Abdullah Port announced that it was awarded two prestigious titles at the 2021 International Finance Transportation Awards, in a strong testimony to its reputation as one of the fastest-growing seaports worldwide. The ‘Best Container Terminal’ and ‘Best Bulk & General Cargo Terminal’ awards recognize the port’s exceptional performance last year underpinned by its world-class services and capabilities.

Eng. Mohammed Al Shehri, Head of Operations, and Khaled Shalha, Head of Marketing, accepted the awards on behalf of King Abdullah Port at a glittering ceremony held at Jumeirah Emirates Towers hotel in Dubai, under the theme ‘Celebrating Excellence’. The event saw several business leaders and professionals from across various business sectors in attendance.

Commenting on the achievement, Jay New, Chief Executive Officer of King Abdullah Port, said: “In pursuit of its vision to be an advantageous and sustainable world-class port, King Abdullah Port has reached distinguished milestones within a short span since its establishment. With a strong focus on developing facilities of global standards and market-leading service offerings, we have steadily built up a strong reputation for the port among its peers. We are proud that the 2021 International Finance Transportation Awards recognized these achievements on a global platform celebrating excellence.”

He added: “The coveted awards will motivate us to aim for further successes while also boosting our contribution to raise the efficiency of Saudi Arabia’s logistics and trade sectors, transform the Kingdom into a top global hub connecting Asia, Europe, and Africa, and increase its non-oil exports, in line with the Vision 2030 objectives.”

The nominations for the awards were assessed and evaluated by the market research team and external partners of International Finance, a premium business and finance magazine based in the United Kingdom. The jury considered King Abdullah Port’s rise in prominence at the global level and strong growth in 2021. The port was ranked second among the most efficient container ports in the world on the Container Port Performance Index (CPPI) in 2020 by The World Bank and IHS Markit. The port registered double-digit growth in throughput with an outstanding 31% rise in container throughput and a 15% increase in bulk and general cargo last year amid the challenging market situation worldwide due to the COVID-19 pandemic. Notably, the terminal has built up an average handling of three times the average market figures.

In addition to receiving a higher CPPI ranking, King Abdullah Port improved its ranking to 84 in the 2021 edition of the prestigious Lloyd’s List One Hundred Ports and was named the Middle East’s fastest-growing port during the first quarter of 2021 by Alphaliner, the global maritime data originator. Furthermore, the port’s achievements were recognized at the 18th edition of the Seatrade Maritime Awards Middle East, Indian Subcontinent, and Africa, with the ‘Outstanding Achievement’ award late last year.

Owned by the Ports Development Company, King Abdullah Port is the region’s first port to be owned, developed, and operated by the private sector. Ranked as the world’s second most efficient port by The World Bank in 2020, the port emerged as one of the world’s top 100 ports within four years of operation. With its strategic location in King Abdullah Economic City – a modern city with a pro-business ecosystem and infrastructure – King Abdullah Port leverages the city’s advanced facilities and services, particularly the Industrial Valley, which has attracted many logistics projects as well as light and medium industries.

Strategically located on the Red Sea coast in King Abdullah Economic City, King Abdullah Port, ranked by The World Bank as the world’s second most efficient port in 2020, is the Middle East’s first privately owned, developed and operated port. Occupying an area of 17.4 km2, and enjoying close proximity to the key Saudi cities of Jeddah, Holy Makkah, Al Madinah and Yanbu, as well as its direct access to extensive transportation networks that facilitates the cargo transport through the kingdom and the rest of the region, the port is making an increasingly important contribution to the Kingdom’s global role in maritime trade and logistics. Once fully completed, King Abdullah Port will be capable of handling 25 million TEU, 1.5 million CEU and 25 million tons of clean bulk cargo annually. 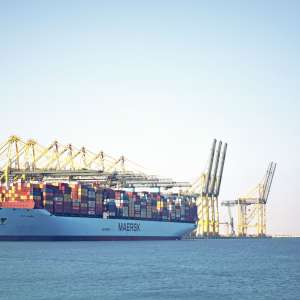