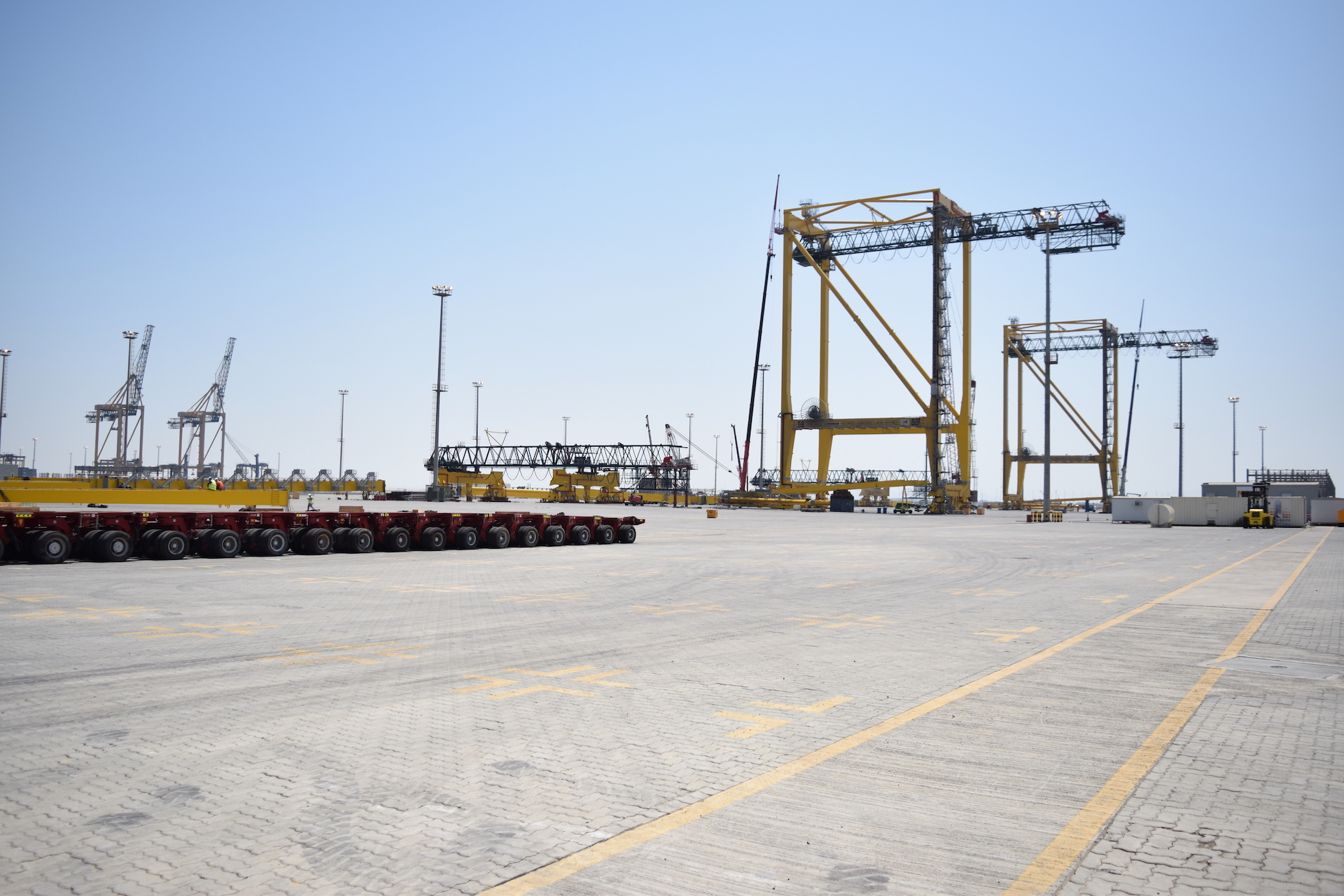 King Abdullah Economic City, July 2019: In the largest commercial operation of its kind in the history of KSA, King Abdullah Port has received 28 state-of-the-art Liebherr cranes to start the expansion of the container terminals. The latter was decided through a MoU signed with National Container Terminal on the day the port was officially inaugurated in the presence of the Crown Prince HRH Prince Mohammad bin Salman last February.

The technical teams are currently assembling the cranes and they are expected to begin operating at the beginning of next year as part of the first phase of the expansion of the container terminals, which will help raise the port’s annual capacity to five million TEU; thereby effectively serving trade movement in Saudi Arabia and the Red Sea, the most important maritime trade corridor in the world.

The new cranes include 20 gantry cranes and 8 ship-to-shore (STS) cranes, which are the largest of their kind, with an outreach of 70 m (25 rows) and a safe working load of 65 t. The cranes that were supplied in this deal will join their operational counterparts in the port. They are the largest cranes exported by Liebherr and can serve mega container ships easily and seamlessly.

On the other hand, the gantry cranes can handle seven containers height and are characterized by a unique eight-rope reeving system as well as built-in, anti-sway and anti-skew features resulting in unparalleled rigidity and optimum productivity.

King Abdullah Port was established based on an ambitious vision that stemmed from KSA’s need for a world class port capable of receiving modern mega ships to accommodate the increasing number of imports, the growing needs of residents, and the increasing exports to global markets. The concept of King Abdullah Port is in full harmony with Vision 2030, which was launched by the government to drive a competitive, non-oil-dependent economy.

King Abdullah Port was ranked the second fastest-growing port in the world in 2018 by Alphaliner, the global leader in marine data analysis, port capabilities, and the future of developing vessels and maritime routes around the world. The port’s throughput increased from 1.7 million TEU in 2017 to 2.3 million TEU in 2018.

Run by the Ports Development Company, King Abdullah Port is the region’s first port to be fully owned, developed and operated by the private sector. It has been listed as the fastest-growing container port and one of the world’s 100 largest ports after less than four years of operation. Eight of the largest shipping lines work at the port to offer integrated services to importers and exporters. The port’s development plan is proceeding at a steady pace and a clear vision to become one of the world’s leading ports, utilizing its advanced facilities and proximity to the Bonded and Re-export Zone and the logistics park; offering clients logistics support that can enable them to achieve their desired growth. 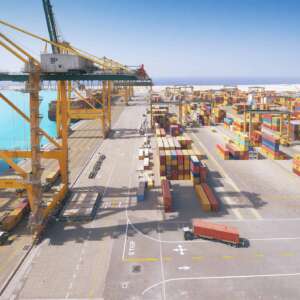