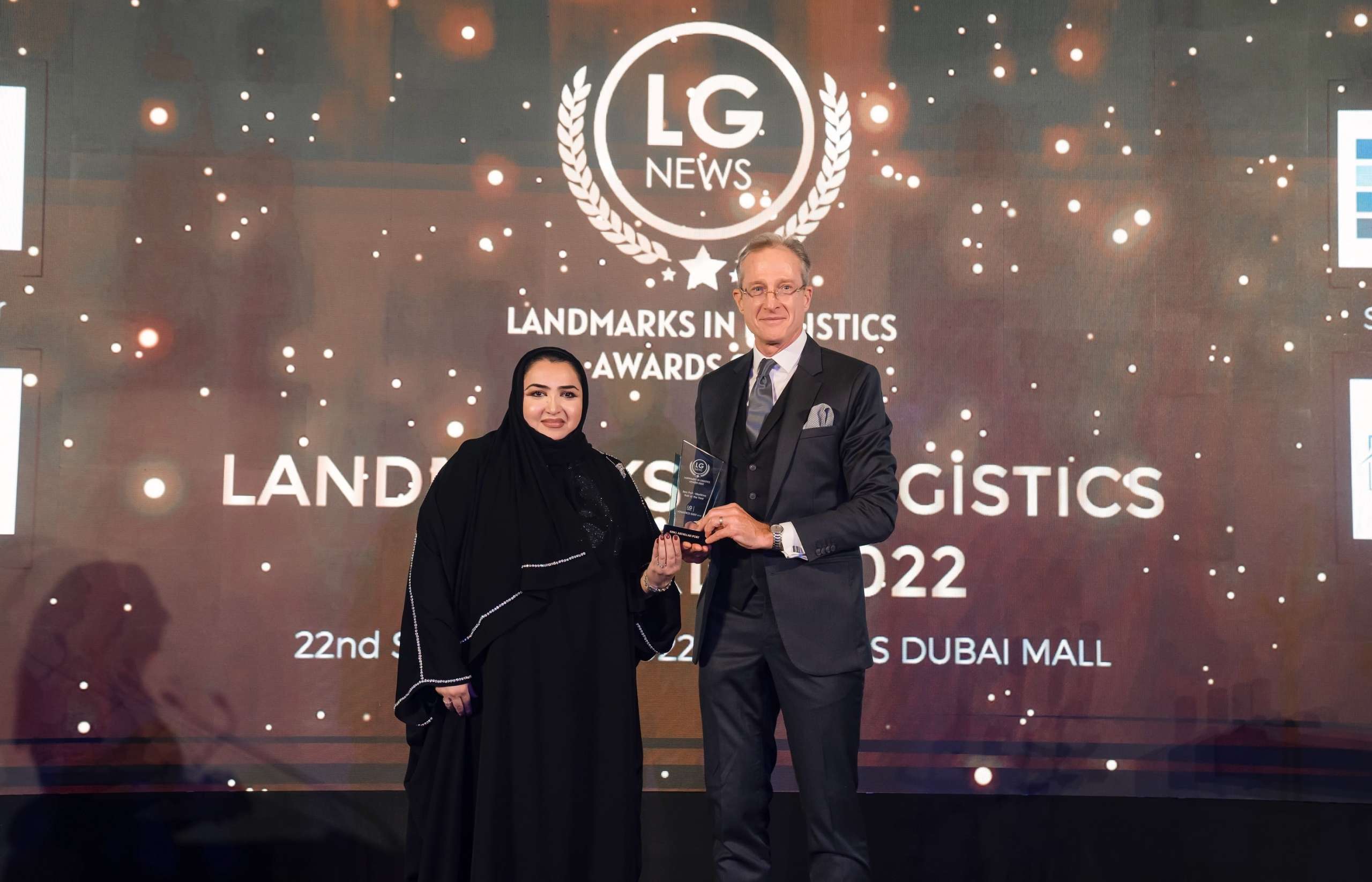 Dubai, UAE – September 2022: Further underlining its status as one of the world’s leading maritime logistics hubs, King Abdullah Port has been named ‘Sea Port of the Year’ at the inaugural edition of the Landmarks in Logistics Awards. The award was presented during a glittering ceremony in Dubai, UAE, which celebrated the achievements of key industry players whose products and services have had a transformative impact on the logistics sector.

Hosted by Logistics Gulf News, a fast-growing niche media portal, the ‘Landmarks in Logistics Awards 2022’ was established to highlight the accomplishments of leading organizations in this dynamic field. The judging panel for the inaugural edition of the awards included respected figures from the world of logistics, transport, and supply chain management, while the ceremony was attended by the region’s top industry players and other key stakeholders.

Jay New, CEO of King Abdullah Port, commented: “We are delighted to accept this prestigious accolade in recognition of King Abdullah Port’s remarkable success and growing reputation as a leading global hub connecting continents. Our state-of-the-art facilities have been built to the highest international standards and are designed to support trade and economic growth in the Kingdom for decades to come. We look forward to many more milestones ahead as we continue our journey toward fulfilling the promise of Vision 2030, the wise Leadership’s roadmap to enduring prosperity.”

The prestigious recognition is the latest in a long line of achievements for King Abdullah Port, which continues to make steady progress towards its goal of becoming a major global hub connecting Asia, Europe, and Africa and a vital contributor to Vision 2030 objectives. Less than a decade after commencing operations, King Abdullah Port was named the world’s most efficient container port in the 2021 Container Port Performance Index published by The World Bank and S&P Global Intelligence.

King Abdullah Port’s state-of-the-art infrastructure and outstanding operational efficiency have enabled it to partner with the largest container shipping companies, including Maersk and MSC. During the six-month period between January and June 2022, King Abdullah Port handled a total of 1,502,720 TEU, an increase of 6.69% compared to the same period in 2021. The port is continuing to invest in capacity building to solidify its position as a nationally significant project that is fully aligned with the goals of Vision 2030.

Owned by the Ports Development Company, King Abdullah Port is the region’s first port to be owned, developed, and operated by the private sector. With its strategic location in King Abdullah Economic City – a modern city with a pro-business ecosystem and infrastructure – King Abdullah Port leverages the city’s advanced facilities and services, particularly the Industrial Valley, which has attracted many logistics projects as well as light and medium industries.
####
About King Abdullah Port
Strategically located on the coast of the Red Sea in King Abdullah Economic City, King Abdullah Port is the Middle East’s first privately owned, developed and operated port. The award-winning port effectively utilizes its proximity to the key Saudi cities of Jeddah, Holy Makkah, Al Madinah and Yanbu, to offer direct entry to an extensive local transportation network that includes other major cities and neighboring countries, while also facilitating the distribution of goods into key international hubs through uninterrupted access to primary shipping routes.

Occupying an area of 17.4 km2, King Abdullah Port has made vital contributions to the Kingdom’s global role in maritime trade and logistics. With its position along the main East-West shipping route between Europe, Asia and Africa, which accounts for more than 13% of all global trade, the world-class port is equipped with state-of-the-art infrastructure readily capable of receiving today and tomorrow’s mega cargo ships.

This year, King Abdullah Port cemented its standing as a leading container port globally, being ranked first among the most efficient container ports in the world on the 2021 Container Port Performance Index report published by The World Bank and S&P Global Market Intelligence. 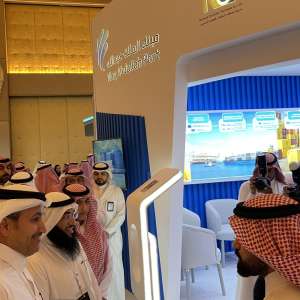