King Abdullah Port has concluded its readiness to receive the heavy container traffic that precedes the holy month of Ramadan every year. This time of year constitutes a vital season for trade activities in the Kingdom, including various market sectors, in particular food, clothing, electronics and others.

During the period preceding the holy month, commercial traffic in Saudi Arabia will benefit from King Abdullah Port’s massive capacity, which currently stands at 3 million standard containers annually. This capacity will contribute to preventing an accumulation of containers and to ensuring the smooth flow of goods to the Saudi Arabian markets.

In May 2015, King Abdullah Port announced the opening of its fourth berth as planned. The opening had a great impact on increasing the capacity of the container terminal, which has berths that are 18 meters deep and have an overall height of 1,470 meters. King Abdullah Port also has storage space reaching approximately 1,600 meters in length and 450 to 550 meters in width, allowing the storage of 94,338 dry standard containers at once. It also has a storage capacity of 5,250 standard refrigerated containers at once, and is subject to the highest control standards for storage quality.

Engineer Abdullah bin Muhammad Hameedaddin, Managing Director of the Ports Development Company, owners, developers and managers, of King Abdullah Port commented, “King Abdullah Port owns a modern and advanced port infrastructure designed to accomplish all loading and transportation of goods quickly and efficiently. Its proximity to the Kingdom’s highways smoothly facilitates the transportation of goods, which saves time and effort. As a major port on the Red Sea, King Abdullah Port is characterized by being close to several major cities, including Jeddah, Makkah, Medina, Rabigh and Yanbu. These characteristics, in addition to the superior equipment and long berths, will contribute to the Port’s role in promoting Saudi economy and driving growth through vitalizing trade.”

Eng. Hameedaddin expressed his thanks and appreciation to all government entities operating at the Port, including ministries, security bodies and agencies, for their great efforts, which have contributed to the success of King Abdullah Port and its high commissioning standards. He pointed out that the cooperation between the private and public sectors represents a cornerstone in the success of the efforts aimed at the diversification and enablement of the national economy.

In 2015, its second year in service, the Port announced its remarkable success of handling 1.3 million standard containers since having commissioned three berths at the beginning of the year. It has also commissioned a further three berths from May 2016 until the end of the year, and it is expected that these berths will play a part in delivering excellent throughput throughout the coming years, and a capacity of over 4 million standard containers. The first phase of the new bulk cargo and ro-ro (car) terminals is scheduled to be completed by the third quarter of 2016. The ro-ro terminal, managed jointly with the leading company NYK, will reach 300 thousand cars annually, and the bulk cargo terminal will handle more than 3 million tons on each pier.

Port Development Company strives to strengthen the role of King Abdullah Port in supporting the journey of development and growth witnessed in the Kingdom. It also strives to integrate the Port’s role with the Saudi ports system, in order to work jointly to meet the growing demands of import and export, as well as providing the necessary means to build major, vital projects in Saudi Arabia. 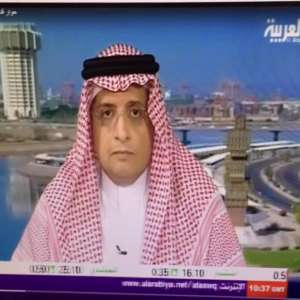