King Abdullah Port, that is owned and operated by Ports Development Company, has received 3 huge shipping vessels at once, ensuring a smooth docking on all three berths. King Abdullah Port is equipped with a world class infrastructure and advanced technology, which supports the hosting and handling of mega ships within its facilities, increasing the volume of imported goods coming into the port, boosting the national economy.

The hosted ships that arrived at King Abdullah Port were MSC VANDYA, with a total length of 365 meters, holding a cargo of 2172 containers, docking at berth number one, followed by MSC TARANTO with an overall length of 365 meters disembarking at the second berth with a total of 2596 containers, last but not least MSC CAROLINA with a range of 274 meters, handling 765 containers, anchoring at berth number three. MSC LIGUN docked at the same berth upon completion from MSC CAROLINA. Each ship was directed by two tug boats, ensuring a smooth docking at the berths, were the handling processes lasted between 36 to 42 hours. This Indicates the port’s readiness, storage capacity and efficiency to handle such huge cargo continuously.

Eng. Abdullah Hameedaddin, Managing Director of Ports Development Company, said in a statement on this occasion that, “The hosting of these huge ships is considered a significant step and a major leap in the work of shipping, handling and logistical operations at the port, stressing on the fact that King Abdullah Port holds one of the most high technical specifications and tremendous potential, thus, making it one of the most important ports able to gain the confidence of global sea lines and attract giant ships, considering the mooring of these giant ships a huge contribution to enhance the handling operations, and increase the volume of goods coming into the port to support business and to boost the national economy.”

Eng, Hameedaddin explained that, “Hosting these ships came directly after the creation of the third berth, which is one of the important stages of development in the life of King Abdullah Port, having a total berth span of 1150 meters and a depth of 18 meters, which will contribute to a major increase of container storage capacity, reaching a staggering 1.6 million containers per year.
Eng. Hameedaddin added, “the port is equipped with the latest cranes handling 25 containers, with a storage capacity of 65 tons, and a storage area that facilitates the flow of increasing imports and exports to the Kingdom from various ports around the world.

Hameedaddin, noted that “Ports Development Company seeks continuously to make King Abdullah Port a unique model of world-class, privileged to support the march of development and renaissance comprehensive development witnessed currently in the Kingdom, as well as their concern for effective communication and integration with the Saudi Ports system, working side by side to meet the growing demand of import and export, and to provide the core requirements for the construction projects in Saudi Arabia.

King Abdullah Port, owned and operated by Ports Development Company at King Abdullah Economic City, is the first port being developed and managed by the private sector. The port is characterized by its strategic geographical location, with integrated services through the practice of the most advanced technologies and the use of local and international experts to provide the best services. The port has been included among the largest global shipping lines, through setting a well established business plan to develop the port at a steady pace and a clear vision to become one of the leading major ports in the world. 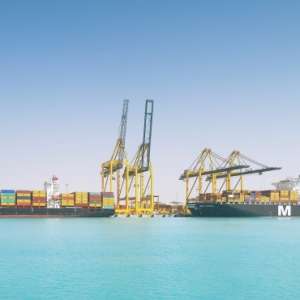 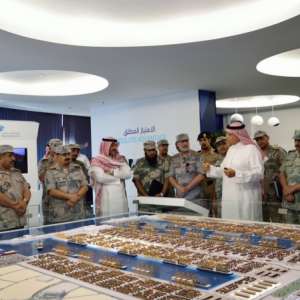